On Robotic Process Automation:
Past and Prospects 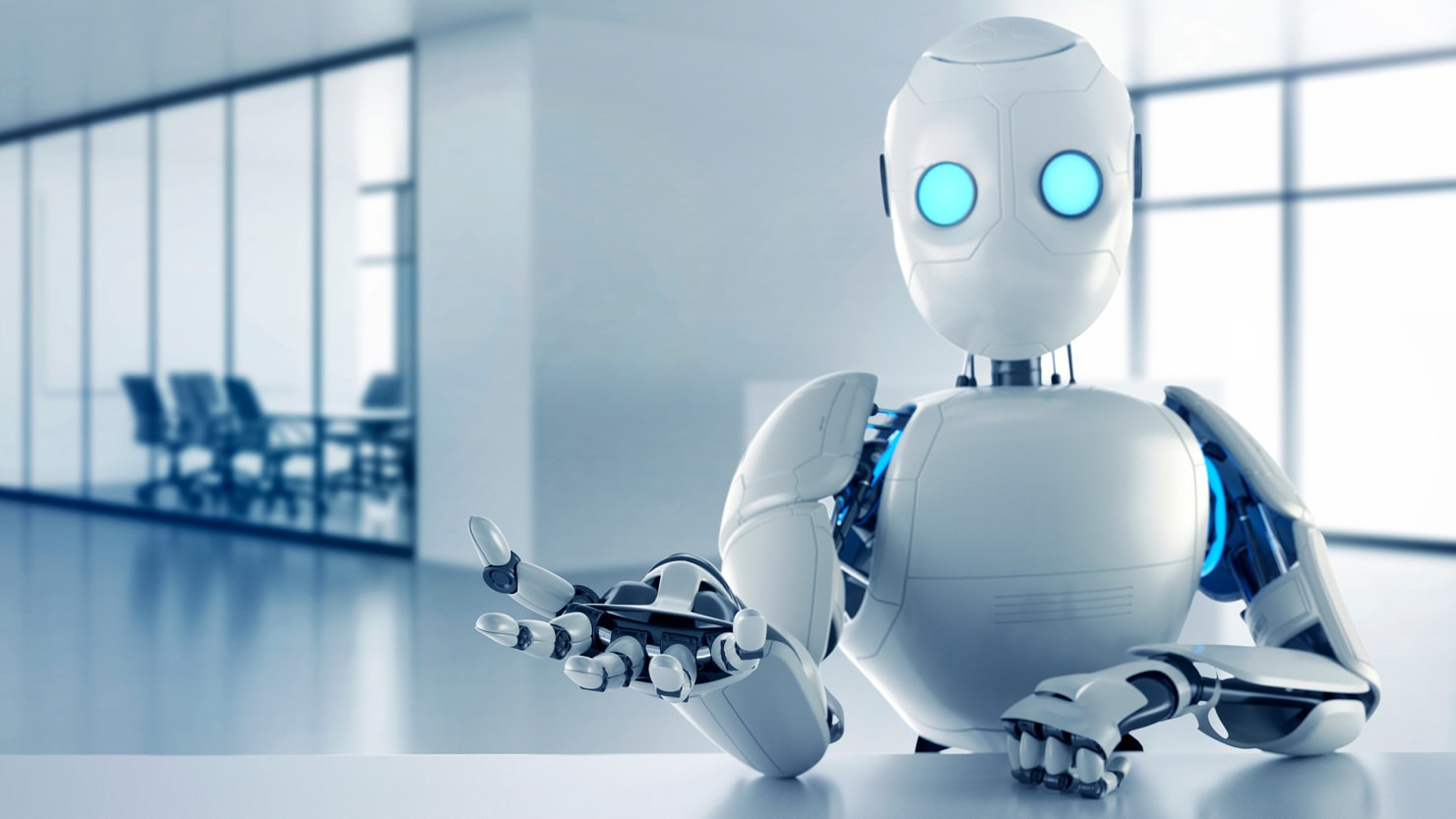 On Robotic Process Automation:
Past and Prospects

This month Dr Christian Langmann interviewed me for a special issue on ‘Rethinking Finance’ in the German publication Handelsblatt. The detailed interview will be published in June 2020, but here is a taster from it—mainly about the short history of RPA, my experiences of the market and of the technology. I then add to the interview with offering some perspectives on prospects.

CL: “When was the first time you heard about RPA?”

LW: “In 2012, when they promoted the notion of robotic process automation, and made claims that it could achieve very large benefits quite quickly. But I put off studying it for a long time because every year my co-authors and I get together and say, well, what are we researching this year, and what new themes are there we could investigate? Where there’s something there; that there really is business usage—and take-up—and we can see multiple business benefits and challenges. So that’s a typical model of how we research emerging technologies. We wait until there are some cases that are really interesting and managerially effective, with multiple business benefits. So we had to wait until 2014 when a vendor approached us and said, ‘Well, we think we have those case studies. Would you like to look at them?’ And I said, well, I don’t want to talk to you about them, I want to talk to the clients. They put us in touch with clients, and that resulted in finding out what exactly RPA was, and putting me in touch with several very good cases that led to our first book, in 2016. So there was something there, but we recognised that it was a very small market, there were very few, small vendors in the marketplace and very little take-up by corporates and none at all by government agencies.”

LW: “Well they invented the category; they’d had the software since about 2003 but I think they applied it originally to a German utility. And they learned an awful lot about that because the German utility was very strong on: ‘Does it match regulation? Does it fit with our enterprise infrastructure? Is the risk low?’ etc. So I think, right from the beginning, they were designing an enterprise architecture consistent with these kind of hard and scaling criteria, and that was the origin of RPA but they never called it RPA until 2012. They had several quite large clients by then but it had no profile whatsoever.”

CL: “What were your first thoughts about RPA?”

“I didn’t understand it. You’re not marketing this very well. And this was quite understandable because it’s difficult to explain, initially, trying to discriminate it from how other IT systems work and also persuade the IT function that it is actually different—that is quite difficult. So you had some political comeback within corporations when you tried to explain it. The vendors hadn’t really got their marketing act together by then, say 2015, so they hadn’t been putting down into words, that were easy to understand, why corporates and business users or IT should be interested. And it all seemed a bit fairy tale-ish—how can you do it so quickly, and so cheaply outside the IT function, and find business results? So there was a sort of low profile disbelief factor with it for about a couple of years, I think, until they all got their marketing acts together; funding came through but then the marketing was confusing because they all claimed to be doing the same thing. And in fact, RPA comes in many different flavours. There are over 55 vendors marketing something called RPA by the beginning of 2020, but most of those products are not exactly the same thing.”

CL: “What has changed between your initial contact and now, in 2020?”

LW: “A number of things have changed. First of all, the profile has been much higher because certainly the top three have invested large amounts of money in marketing and selling. Secondly, the product has moved on in the sense that originally it was sold as a fairly quick win—a tactical technology tool that would boost productivity and solve some of the problems that were ongoing without too much hassle; without a complete overall of the legacy systems, the infrastructure and all the rest of it; and would give productivity; and it was generic technology. So people started recognising that you could apply it to any sector and any process, so long as it had certain characteristics. Also the top three vendors, and certain others, have invested in the link between robotic process automation and the next stage of cognitive automation tools. That’s what I call ‘the next phase’, where they’re using cognitive tools to augment the RPA, and it will augment how processes are streamlined and drive bigger business benefits. I think competition has helped amongst the RPA vendors. Also capital investment; the venture capitalists have caught onto this and said, ‘Well, we’ve got a lot of money slushing around, we haven’t got a lot of technology to invest in, AI looks like a really good one and this is low down on the food chain of AI, but it looks like AI, and it sounds like AI, so we’ll invest in this as well.’ And also, the market penetration is so low that the opportunity is massive. You had a market of, I think, about 5.5 billion US dollars in 2019, in revenues for the RPA, cognitive and AI suppliers. It’s not a huge market and yet the potential is huge. So venture capitalists look at that and say, ‘Well, this potential is massive.’ I think also, corporates have looked at this and said, ‘Well, we really do have problems, can we marry this into our existing information systems? There are enough case studies of success to suggest that we can. Everyone says we ought to be getting into what is called ‘AI’, as an umbrella term for all this automation technology, so we need to make a start and RPA’s the obvious place to start. And it’s fairly dumb software. If we can’t do that, then we’re not going to get on with the more advanced automation tools anyway.’ I think that’s a pretty good summary of how we got there!”

Well, so much for the past-focused part of that interview. Christian and I go on to look in some detail at the deployment challenges and prospects for RPA—make sure you read the article when it comes out!

Being interviewed made me think more especially about the prospects for RPA. Where is this technology going? Well, as of February 2020 it is still a very small market relative to other IT products and services markets, even though people still talk about RPA as if it is going to take over the world. One vendor, for example, likes to claim his firm has the biggest workforce in the world, (the actual reference is to number of ‘bot’ licences sold, and the firm itself makes less than $500 million revenue a year). Are any of the RPA vendors’ much hyped market valuations sustainable? Amidst all that, there are some impressive developments in software, especially in joining up with cognitive software—see, for example our recent blog article on automation in investment banking—but it does not add up to integrated scaled automation capability being applied to most corporates on the face of the globe.

Will the market continue to experience exponential growth? I think it will—certainly over the next four to five years. Firstly, the converse of small RPA revenues so far is the huge potential there, and across sectors, worldwide. While RPA technologies are generic in being able to be applied to most functions, and across all sectors, the small take-up—some quite advanced economies have barely started, and government agencies are way behind the curve—leaves massive potential for added business value. If this value is being largely left on the table at the moment, then it is verifiably there, as we show in our research and books. Also it is increasingly needed as organizations struggle with dramatic increases in the amount of work to be done; staff shortages; legacy IT systems; and trying to connect up emerging technologies—to name just a few challenges I see every day in the corporates with whom I deal.

So, what is holding RPA back? Partly the fact that, though there are over 56 vendors, these are all quite small, with no truly global presence in all the major economies; this includes the ‘Top Three’ of UiPath, Blue Prism and Automation Anywhere. This may well change as the big systems integrators and IT players have already started developing, or acquiring, RPA capability—so demand will be met more quickly and on a global basis.

Another factor is that, technologically, suppliers are still in the next phase of building what can be called ‘connected RPA’, i.e. where RPA, and various cognitive software, are combined to create synergies and add a lot more business value. This will come from establishing an integrated automation platform; from creating new possibilities for process discovery, use of unstructured data, operational and management insight, more informed, and faster decision-making, to name but a few.

But the bigger problem is on the demand side. In our recent book, Becoming Strategic with Robotic Process Automation, we point to what we call the ‘seven siloed organisation’. Each silo provides a barrier to using automation technologies. When you combine them, there is resistance to change that is not mostly coming from people factors like managerial mind-sets and skills—add in fear—but from inherent, more entrenched, legacy properties of the company including technology; historically badly managed data; culture; structures; and processes.

Where does this leave us? Well, there are very few organisations that have yet matured their capability to develop and deploy RPA and cognitive automation. It may well be a two-track highway, going forward. The technology itself may well be developed quite fast, but will converge with more advanced forms of automation, and while necessary, become much more commodified and low profile over the next 3-5 years. Meanwhile, a slower track will be its organisational take-up and adoption. Going round so many organisations as I do, and despite the high rhetoric about digital transformation everywhere, my general sense is that only a few organisations are making real headway—our research suggests between 20-25% in the higher take-up sectors. But then most organisations are declining in their absorptive capacity and ability to innovate using emerging technologies. I am speculating here, with limited information, and this may sound surprising, but we think it results from the exponential data explosion—the dramatic increase in the amount of work load stemming from bureaucracy, audit and regulation—especially since the 2008 financial crisis, and the duality of digital technologies, which provide solutions, that also create new problems. Then there is the seven-siloed organisation. For example, applying a 1-10 rating scale in terms of not siloed to very siloed, most people score their organisation as at least five on every silo. If it is the case, that mass organisational deployment will be a slow train coming—and we are researching this now—then, it would be logical to conclude that, if firms have been slow to leverage RPA, they are going to be even slower going forward in their ability to leverage combining several different automation technologies. Or am I overlooking something?