Automation, AI and Comparative Advantage: What We Can Learn From South Korea 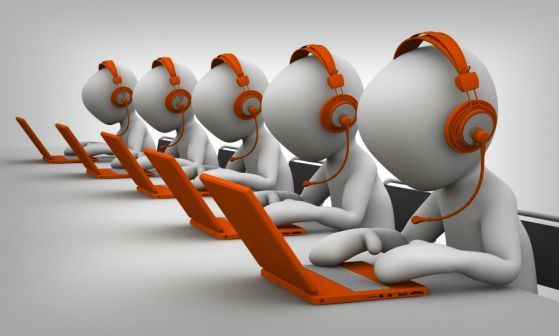 Automation, AI and Comparative Advantage: What We Can Learn From South Korea

Automation and the future of work has a high profile in the media these days, with scary headlines of job loss, and everyone considering carefully what automation tools may mean for their job, and their organization. When you take a more macro and global perspective, however, future scenarios can look very different. I was reminded of this when speaking recently at the London School of Economics and Political Science on South Korea and automation. Held on March 2nd 2019, the Korea Future Forum 2019 attracted an audience of several hundred, and it made one really think about different country responses, and likely experiences, over the next decade. On the subject of automation, we have a lot to learn from looking at South Korea.

Firstly there is a much more positive view on automation coming out of Asia generally. South Korea, for example, has high government and corporate backing for developing the emerging technologies of the so-called Fourth Industrial Revolution. It is well prepared for robotic process automation, cognitive automation and AI. The global leaders are still USA and China, but South Korea is in the following group of 17 countries. It has a strong innovation foundation; good AI investment; a high degree of digital absorption needed as a foundation for further automation; strong AI research; human capital; a supportive labour market structure; and digital connectedness. Some studies suggest that by 2030 South Korea will have absorbed AI more comprehensively than any other country, with USA and Sweden close behind. Stakeholder behaviour in South Korea reflects the large productivity boost the country can gain from rapid automation. If government and corporations follow through on the promise, on some figures the AI impact on South Korea will be a 22% increase in GDP by 2030, matched only by Sweden (22%), with USA at 21%.

Good luck to South Korea, some might say. But this is to misidentify what will likely happen. With automation, whether at country, sector or organisation level, those who are most prepared, invest early, and deploy automation effectively, are likely only to get stronger. In competitive arenas, the gap between leading and lagging –already significant – will only get wider over time. At country level, the performance gap will grow between developed economies; those who start early and sustain, and scale, AI deployment - and the rest.

But the impact within a country like South Korea will vary by sector, and how individual firms respond. A 2018 McKinsey study suggests that by 2030, as a result of AI, there will be around 15% of front-runner firms, 25% activists, and some 60% followers. Our own studies suggest that about 20% of the last group will really be in quite a bad way, competitively speaking. McKinsey think that ‘front-runners’ will get 122% economic gains from AI by 2030, while followers will get 10% economic gains, and laggards will make 22% economic losses. In South Korea, as elsewhere, digitally savvy, dynamic sectors – like hi-tech and telecommunications – are likely to see 18% more gains from AI than areas such as healthcare and construction.

To support rapid AI deployment, South Korea will need to invest heavily in skills transition. The shift is already towards high digital, cognitive skills applied to non-repetitive activities. Some suggest that low-skilled jobs will decline from 43% to 32% of the global workforce, while high skilled jobs will rise from 42% to 53% globally. At the forefront of AI deployment, South Korea will be interesting to watch as it deals with the massive skills challenges inherent in large-scale AI adoption.

Also interesting to watch and learn from, will be government intervention and action on a range of necessary fronts, notably:

Automation is already a global phenomenon. It will scale and accelerate enormously over the next 10-15 years, though this may not look fast over the first five years. South Korea is at a key moment in its development, and, as a global would-be AI leader, should be studied very closely for policies, lessons, and practices that we – countries and businesses alike – can learn from.